According to the journal of Energy & Environmental Science,

researchers at Princeton University have developed a

technique that doubles the currently accepted rate for

Basically, they have harnessed sunlight to isolate hydrogen from industrial wastewater, indicating the possibility of a cheap, green, way to create clean fuel.

The production of hydrogen is energy intensive and expensive, historically relying on gas, oil and coal – yet hydrogen is a critical component in the manufacture of thousands of common products from fertiliser to plastic.

The technique uses a specially designed chamber with a black silicon interface resembling swiss cheese, to split water and isolate hydrogen gas. Bacteria generate an electrical current by consuming organic matter in the wastewater and the current helps the water-splitting process.

Using wastewater from breweries the team ran it through the chamber, under a lamp to simulate sunlight, and observed as the organic compounds broke down and the hydrogen bubbled up – simultaneously treating wastewater and producing hydrogen. According to the researchers, this is the first time actual wastewater, rather than lab-made solutions, has been used to produce hydrogen using this method.

The chemical industry is currently the largest producer and consumer of hydrogen, although it can be used to fuel vehicles. According to a 2016 report from the US Energy Information Administration, producing chemicals in highly industrialised countries requires more energy than producing iron, steel, metals and food. 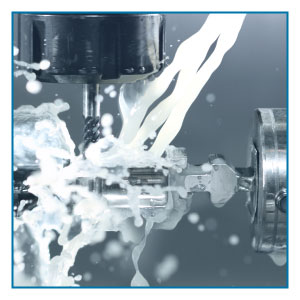