As in excess of 780 million people worldwide lack easy access to safe drinking water and spend 200 million hours collectively, fetching water to use, a solar distillation device that can produce a green source of electricity from sunlight whilst at the same time purifying water could be a huge benefit.

Providing water where it is most needed, it is hoped that the device could be used both on a domestic and industrial scale, making previously challenging tasks surmountable and even desert agriculture a possibility.

The device can be used to collect water with World Health Organization safe levels for drinking of sodium, calcium, magnesium, lead and copper.

It works by running saline, contaminated or brackish water through several tiers underneath a horizontal silicon solar cell. As the saline is warmed by waste heat from the solar cell it evaporates through a membrane and condenses to give clean water.

In turn, this releases heat that warms the saline water in the tier below and the process is repeated through all the tiers – ending with the collection of purified water. In addition, clean water from seawater was produced at a higher rate than that of conventional solar stills according to the team.

The advantage of this combined method of solar distillation is that its design is relatively compact as opposed to the usual two separate devices that need large mounting systems and a large land area. This provides the opportunity to scale up the device and reduce costs, increasing its potential for large scale adoption. 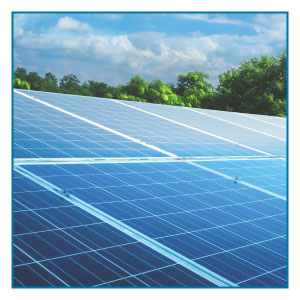