When there is too much humidity in a property, condensation can form on the inside of the windows. Water vapour in the air comes into contact with a surface that is at a lower temperature (such as the glass in a window) and as the air cools on contact, excess water vapour appears as water droplets on the surface. These droplets are what’s known as condensation.

If left unchecked, this condensation can lead to mould or damp appearing inside the property.

So how can we prevent or at least mitigate the effects of condensation?

An obvious answer is to try and generate less moisture, but when people are living in homes or working in buildings, they generate a lot of moisture through breathing so opening windows to increase ventilation can help.

A technique known in Germany as Stosslüften suggests opening several windows in the house at the same time for about 3 minutes. This basically creates a draft, swapping the humid air inside for dryer, cooler air from outside.

As the cooler air contains less water vapour, it can absorb some extra humidity once inside as it warms up, so doing this relatively frequently throughout the day wastes less energy than having a window constantly open in colder weather, but still helps to reduce condensation.

Similarly, having the heating on a lower setting during colder months can help as the temperature contrast will not be so extreme.

They may seem like small steps, but these simple changes can help minimise the inconvenience of condensation and the potential for mould growth and damp. 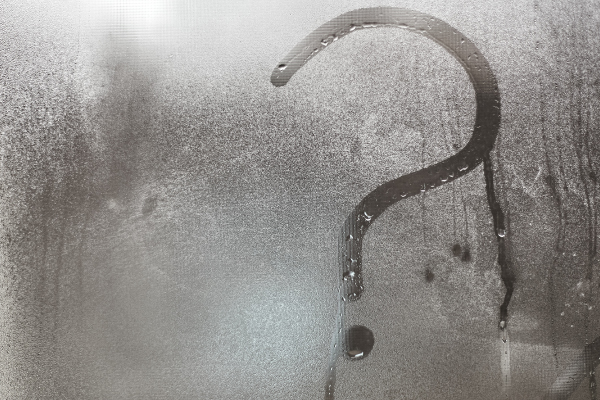