How do cats tongues keep them so clean? 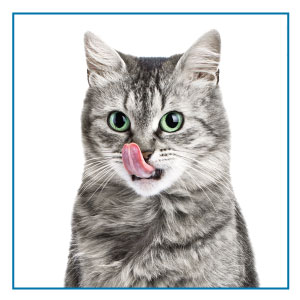 ats are well known for being clean, well-groomed animals – all due to their own tongues. But the way they seem to be able to keep so hygienic has always been unclear. It’s been known that their tongues are covered in spines, and it has been recently stated that these spines are shaped like claws and work like Velcro to pick up dirt and dust, and clean cats coats.

This information could prove essential in modern technology, and could be used to help design robots that can grip surfaces, more effective hairbrushes and better ways of cleaning wounds.

Alexis Noel, a medical engineer in Atlanta, after she witnessing her cat get it’s tongue stuck on a thick blanket, wondered how such soft wet tissue could so easily get stuck. The cat eventually decided that the way to get its tongue unstuck was to push it into the blanket, essentially unhooking the spines, rather than pulling away.

Noel and her colleagues used a 3D-printed model of a cat tongue 4 times bigger than normal to experiment. Firstly, it was noticed that the tongue spines were shaped like cat’s claws, and their hook like nature helps them behave like Velcro; as their tongues glide over fur, their spines catch on tangles of hair. When the tongue hits a snag, it pulls on the hooks, which then rotate to increase the hold on the snag. This allows the spines to better tease apart snags and thus remove dirt and dust. The rotating behaviour of the hooks helps catch particles between them, which also helps them catch food as well as self-grooming.

Despite the fact that saliva is known to break up oil and dirt, helping clean fur and reduce matting, it could also increase friction between hairs, making it more likely to yank out hair.

In the future, this research is hoping to explore other large cat’s tongues, such as lions and tigers, in order to understand how the tongue spines scale. The researchers also hope to explore how the spacing of spines influences effectiveness, and whether saliva helps or hinders the process.

This research could be very helpful in future technology, as it could help scientists describe soft robots capable of gripping items. Soft robots, made of elastic plastic and rubber, are more resilient to damage that impact hard robots, such as bumps, twists and falls, but researchers are still struggling to make soft materials grip surfaces.

The findings could also lead to better hairbrushes, making detangling less painful, if the technology could be scaled to human hair. It could also make hairbrushes more hygienic, as instead of the hair staying on the hairbrush, making it necessary to be removed by hand, the cat’s tongue’s spines lie flat when not in use, and they would brush the hair downwards and out rather than catching them in the brush itself.