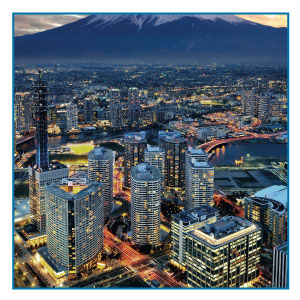 In western culture, especially in schools, cleaning is seen as a chore or a punishment. Ask a child to clean up after themselves, and you wouldn’t expect to receive an enthusiastic response. But in Japan, they have a very different outlook.

The attitude they have is that everyone who uses a space, in this case, a classroom, should be responsible for its upkeep. Children are taught to clean up after themselves on a daily basis. By starting from a young age, children learn to take pride in their schools, which continues into later life when it comes to houses and workplaces. Often, the children don’t clean at home, so are taught how to at the beginning of the year. Then, the skills become implemented at home later on, and this trend will likely continue after the children leave school, and become a fully integrated member of Japanese society.

If this desire to clean could be developed in children in our society, from just as young an age, then the benefits are obvious. The value of taking pride in ones work is universally desirable, and the younger it is learned, the better. And a group focused mentality, such as is developed in Japanese classrooms, is a vital attribute to have in the business world.

Obviously, some jobs are best left to professionals. Contrary to some reports, Japanese schools still have a janitor, to clean bathrooms and complete any repair works. But it seems as though this culture of cleaning instils within the children virtues that will be beneficial in later life. Cleaning up as you go means that you are never left with an insurmountable task. But it can be difficult to keep up, especially in a large office environment, for example. So, often, a professional cleaning service will be required.